Tokamak Energy’s achievements in creating 58 patent families are among the ways that the company has created value.  Intellectual Property (IP) is one of the key ingredients for delivering commercial fusion.

Fusion patents are ‘among some of the most innovative in the world’, according to Elias Carayannis and John Draper in a newly published paper in Fusion Engineering and Design on the growth of IP ownership in the private-sector fusion industry.

Tokamak Energy is recognised as one of the top three players globally in the ‘growth of intellectual property ownership in the private sector fusion industry’ with multiple key patents filed for the technologies that the top fusion players have championed.

The paper continues to recognise Tokamak Energy for filing ‘a large number of key patents for what is increasingly seen as a successor technology for the tokamak, i.e. the spherical tokamak, especially given its adoption by the UK public sector-driven Spherical Tokamak for Energy Production (STEP) project…’

The paper concludes by confirming that just ten years ago an innovating private-sector fusion industry ‘did not exist’ beyond a handful of companies, but that ‘now it does’.

Tokamak Energy remains committed to developing the IP that will enable the company to deliver commercial global fusion – an abundant, clean, safe, and limitless energy source. 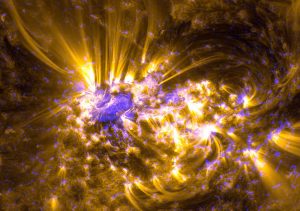 7 July 2022, Oxford, UK – Tokamak Energy and the University of Illinois have been…

A world first for a private fusion energy company

Tokamak Energy has announced that Sir David Harding has joined its Board of Directors. Sir…